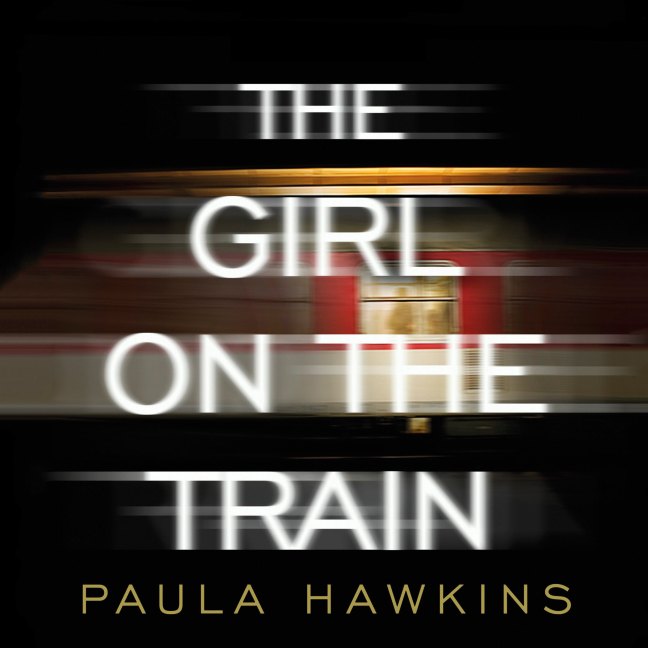 What Is ‘The Girl On The Train’ About?

Keeping it spoiler free… ‘The Girl On The Train’ is a who done it crime/thriller/mystery told through the eyes of three women:

When one of these characters disappears, the police begin an investigation to try and figure out what has happened to her.
Rachel, an ‘unreliable witness’, believes she has seen key evidence that will help, but must first tackle her own demons before she can make sense of it.
The author uses flashbacks, jumping timelines and confused perceptions to give the reader bits and pieces of the truth before treating you to the unlikely twist.

Why Did I Read ‘The Girl On The Train’?

In all honesty, I followed the flock with this book. It’s not the sort of novel I’d normally read, but it’s won a lot of attention and praise.
I also read a few reviews and heard that comparisons were being made to ‘Gone Girl’ – which is big shoes to fill but great company.

What I Liked About ‘The Girl On The Train’

What this novel does really well is the slow reveal of detail… That might sound like an obvious trait for a ‘who done it’ novel, but having your main protaganious as an alcoholic allows for the story to incorporate misleading clues without it feeling like a gimmick.
Each character is tainted, which always helps to make it feel gritty and believable.
I didn’t see the ending coming, which is praise in itself.
Also this is Paula Hawkins’ first novel, and though I appreciate you shouldn’t judge a book on that basis, it does make you respect the author (I have since learnt that Paula wrote four novels under the pen name Amy Silver, before releasing ‘The Girl On The Train’).

What I Didn’t Like About ‘The Girl On The Train’

Comparisons with ‘Gone Girl’ are there to be found, albeit tenuous, but realistically this is less blockbuster movie and more solid three part TV mini-series.
Anna is the least interesting of the three main characters, so when the narrative switched back to Rachel or Megan’s perspective I was relieved.
For me, there wasn’t a huge amount of emotional range in this novel. All the characters felt as if they were in a near constant state of anxiety. Which is engaging, but wearing after a while.
As I mentioned, this isn’t the sort of novel I would normally read. It’s quite an intimate story. I normally prefer stories where the stakes are a little bit higher.

Was this book any good? It was a good version of what it wanted to be. Not my cup of tea, but a well written novel all the same.
Would I recommend it? I think this novel is targeted at a specific demographic, but due to its popularity its reaching a wider audience. So I’d have to gauge someone’s taste before recommending this.
Would I read it again? No.

Here are some of my other reviews:
The Big Short by Michael Lewis
The Martian by Andy Weir
Inferno by Dan Brown

What’s on the list?
The Lafayette Campaign by Andrew Updegrove
Thirteen Reasons Why by Jay Asher
The Fault In Our Stars by John Green
Any suggestions?
If you’ve enjoyed this post, please follow my blog.

Have you read A Game For The Young? Share your comments using #agamefortheyoung

Have you read A Game For The Young? Share your comments using #agamefortheyoung